Add Widget Above
About Hellscream
A test bed site to test stuff that might otherwise break my actual real sites! 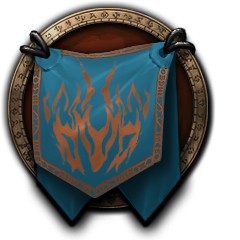 Our first guild raid night, our first boss dead ... massive well done to everyone who took part - especially as we were rather feeling our way a bit and had a lot of new stuff to deal with, and new guild members.

I think overall the night was a success - the second boss should be fairly easy to kill next time .. I think we got him to around 4% at one point last night.

Unfortunately the evening was marred a little by someone getting onto Teamspeak and interrupting us mid-fight - we THINK it was someone who had just left the guild, but regardless, please be aware that we take a very dim view of that type of thing.  The password for the Teamspeak server has now been changed - and this will be updated shortly on our Teamspeak web page (which can only be accessed by registered guild members).

As a reminder, please ensure you do not give the Teamspeak details to anyone outside of the guild .. even if it's your best friend.

If anyone wishes to view the log for last night, I have updated it to two seperate places.  I've uploaded it to World of Logs (which we have been using for a while), but I'm also trialling a different site, Warcraft Logs.  This has a couple of nifty features .. one being a visual replay of a fight which is cool to see raid positioning.  I believe, however, that if you want to view those reports, you may have to register with the site and "join" the guild page there ... let me know if there are any problems and I'll try to work out how it works!!

Having considered the logs myself, I think it would have been possible to take along more dps .. my guestimate (which is completely open to discussion and of course depends on gear/output of both the healers and the raiders) is as follows:

Obviously this does depend massively on output, because increasing raid numbers ALSO increases the health pool and difficulty level of the boss.  Taking more dpsers who do low dps will make the fight more difficult, not less.

I encourage everyone who plans on raiding to ensure they have a decent gear level (MINIMUM 615 ilevel is for entry into LFR .. Flex is a bit harder so I would expect in reality to see 620+ if possible) .. have everything enchanted/gemmed that can be.  We did have a few low outputs last night, but we need to bear in mind that different fights suit different classes and that some people will have been given specific roles that meant a reduction in output.  Also, as we have seen in the past, one person could start a raid with a fairly low output, but by the end of the night (as tactics have been understood and absorbed) that output could have increased considerably ... so shouting out that our output is too low, when we've only wiped a couple of times, isn't really helpful

New fights are on a steep learning curve .. give us time to get to the top of the curve before admitting defeat

Finally .. a note about Battle Rezzes.  It seems there was some confusion (by myself as well) about how the system works.

Previously, we were limited to a certain number of BR's per fight .. now it is on a countdown timer.  I've found this from Blizzard:

I will look into the possibility of having an addon that will give me a BR timer .. but basically we're only looking at one on average every 5 minutes .. across the whole raid, regardless of how many people are able to actually cast it.  This means that we are going to have to be EXTREMELY circumspect about when we use them.

FatbossTV has released their video guide to Normal and Heroic Odyn today! Odyn is the first boss in Trial of Valor and is required for

Titan's Boon. Learn more about their partnership with Wowhead in this post.

Fatboss will be providing written strategy guides for Wowhead

No News Is Currently Available

News RSS
This Area is a placeholder for site content. The homepage is typically the only page without content in this area. Content that will display here are things like the forum list, posts, raid details and any other default content for a section of the site or piece of functionality.
Add Widget Below
Add Widget Left
Section Links
Spread the Word
Site Activity